If you’ve ever created a Google Form to capture the information you need, great! However you’ll soon get to a point where you need to keep checking your form responses to see if there have been any new submissions. Well there’s a simple way to get the form response sheet to email you once a response is submitted, we’ll use Google App Script to automate this process for us.

Now you’ve created your form, you’ll need to make your Form Responses sheet, you can do this by clicking on the “Responses” tab, and clicking on the Google Sheet’s icon, this will give you a prompt to select your response destination, by leaving the defaults you’ll store the response sheet with the Google Form in the same location in Google Drive, and click Create.

We’ve got everything that we need now to apply some google app script to our form responses sheet. In your google sheet, click Tools > Script Editor…

This will launch the script editor interface, with the default Untitled project view.

Give your project an appropriate name, i.e. Customer Experience Email

Time to add some scripting:

Breaking down the script:

Next, we need to create some variables for the data that requires capturing:

Setting up your script trigger

Now that we’ve got our script just how we want we’ll need to tell it when to run and give it the permissions to be able to send email and update the form responses sheet in Google Drive.

And set your project trigger, to the following:

When the Google Authentication window appears it’ll state what it requires permissions too, if you’re happy then click Allow

Now we’ve got everything set up all that’s left to do is fill out your Google form and wait for the email to arrive!

This guide was the basic intro into Google App Script and hopefully it let’s you apply this to whatever your scenario may be. Let me know how you get on and if you need any assistance, drop a comment below. 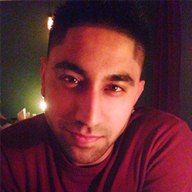